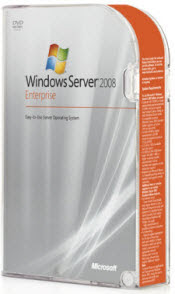 I recently read information about the possibility of customizing the highly regarded MS Windows Server 2008 to function as a Workstation. I guess if you really hate Vista and had the income to purchase Server 2008 ($999.99), looks like you could have the option of running Server 2008 as a workstation. There seems to be a debate whether this is something worth doing or not. Server 2008 and Vista do share the same Kernel, so there should not be too much of a difference between the two in performance......but I could be wrong!

Convert your Windows Server 2008 to a Workstation!

Popular posts from this blog

March 02, 2014
I recently had to change my on-board drive controller from IDE mode to ACHI mode, due to a new SSD installed. Windows 8.1 was installed with IDE mode by default in BIOS and I had to make the change after this. After attempting to manual change the default set IDE mode to ACHI, in BIOS, I was unable to reboot into my Windows 8.1 install.  After doing a small manual change within the Windows Registry, I was then able to change the on-board drive controller from IDE to ACHI and successfully booted to my newly installed Windows 8.1 environment.  There seems to be a couple different ways to resolve this issue.

This resource turned out to be very helpful:

August 19, 2013
I recently purchased the budget Android phone, the Kyocera Risa, by Virgin Mobile and was looking for the best way to Root my device.

I did find an excellent guide to doing this:

Although the Rise is a bit limited by it's internal hardware, I found that rooting this phone did improve performance as well as opening up various flexible options to other software apps, that would not have been possible otherwise.

The Rise does not support Custom ROMS, unfortunately, but there is some level of customization with apps such as ROM Toolbox, Pimp My Rom and Nova Launcher.
Read more

August 19, 2013
I thought this was a good overview of free remote access options that are available now.  Personally, I've used Teamveiwer many times in the past and would whole heartily recommended it.